0 people are viewing this product with you 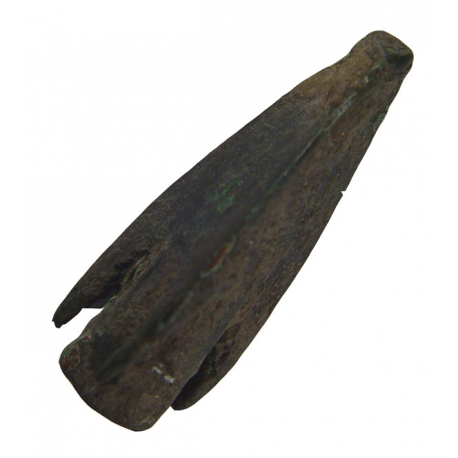 TCAN-32, Roman Bronze Arrowhead 5th - 6th Century Roman. 26mm in length. One of the reasons for the Roman Empire's success was its weapons. Besides his sword or spear, the most common weapon for a Roman soldier would have been his bow and arrow. Bronze weapons were far superior to soft copper blades. Arrowheads were produced in a variety of shapes and sizes.

No Review Found
Write a review